One of our most important commitments to our users is reducing/eliminating the management and tuning tasks imposed by other systems. We are always on the lookout for new and innovative ways of making our service easier to use.

Most recently, we looked at how our users manage their Snowflake virtual warehouses and realized we could be smarter about how we charge for the compute resources used in these warehouses.

To begin, here are some details about what happens when a virtual warehouse (or simply “warehouse”) is resumed and suspended in Snowflake:

We noticed that some of our users were spending time and effort managing their virtual warehouses to ensure that credits were not consumed unnecessarily. We decided to eliminate this extra work by introducing Warehouse Billing Continuation (WBC).

How Does WBC Work?

The simple answer is it just works, regardless of how often you resume and suspend your virtual warehouses. If this answer satisfies your curiosity, you can skip now to the end of this post. Otherwise, read on for the gory details…

The best way to explain WBC is with examples. Say you have a Small warehouse (2 servers) that’s been suspended for longer than an hour. Now, imagine this warehouse goes through the following status changes:

Before WBC, every time the warehouse was resumed, we charged 2 credits (1 credit per server in the warehouse). For example, in the scenario described above, between 09:20 and 11:40, the warehouse incurred 5 charges for a total of 10 credits.

With WBC, the behavior is different. The warehouse only incurs 3 charges for a total of 6 credits. The following diagram provides a more detailed explanation of what actually happens:

This example covers a relatively simple case for a Small warehouse. Each successively larger warehouse has more servers, so the scenarios are slightly more involved, especially if the warehouse is resized (or multi-cluster warehouses are being used); however, the mechanics and calculations are all the same. The most important thing to remember is that every server in a warehouse is charged independently.

Consider the same example from earlier, but starting with a Medium warehouse (4 servers) and the following resize events:

The total credits charged would be (4+2+2) + (2+2) = 12. The following diagram shows how the charges are incurred (remember that I warned you earlier about the gory details):

Note that this diagram illustrates how we remove servers from a warehouse, i.e. we always start with the most recently-provisioned servers (i.e. LIFO) and we add them back in the same order. This is important because servers are each charged according to their individual start times. This is also important because there’s no benefit to reducing the size of a warehouse within each hour that it runs because the servers have already been charged for the hour.

There’s no need to make any changes to your virtual warehouses. We’ve enabled Warehouse Billing Continuation by default for all accounts and warehouses, including any existing warehouses. In fact, we implemented WBC near the end of March so you probably have already noticed reduced charges for some of your warehouses, particularly the ones that you resume and suspend frequently.

However, to take full advantage of this change, you might want to revisit your warehouse procedures and settings. For example, you can now set auto-suspend for a warehouse to a shorter value (e.g. 5 or 10 minutes) without worrying about being charged additional credits each time the warehouse resumes within the hour.

Interested in learning more? Check out the Snowflake documentation for more in-depth information about warehouses:

Also, keep an eye on this blog or follow us on Twitter (@snowflakedb) to keep up with all the news and happenings here at Snowflake Computing. 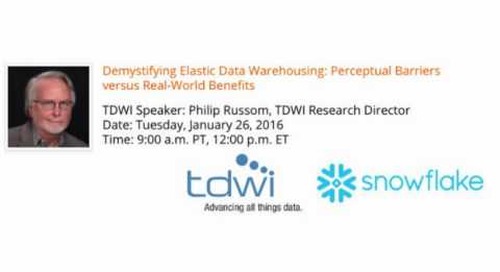 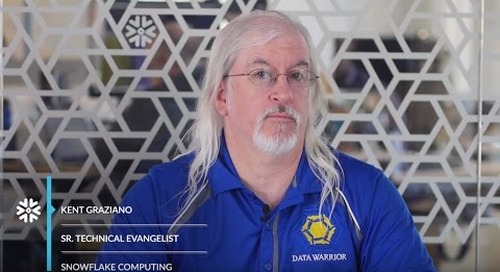 By separating compute resources by design enables you to load data, perform analytics and perform dev/test ... 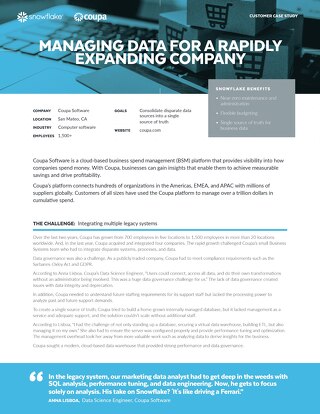 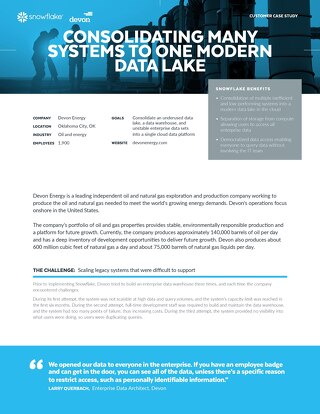 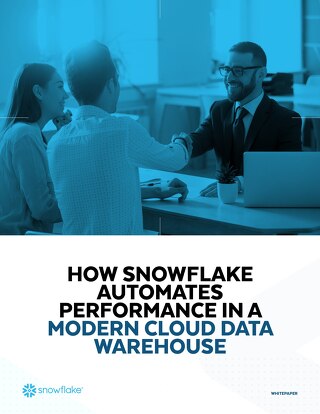 How Snowflake Automates Performance in a Modern Cloud Data Warehouse

How Snowflake Automates Performance in a Modern Cloud Data Warehouse 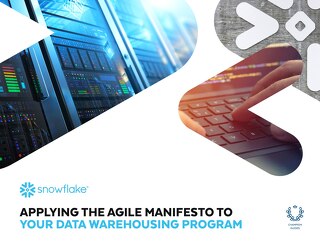 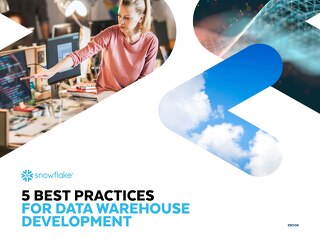 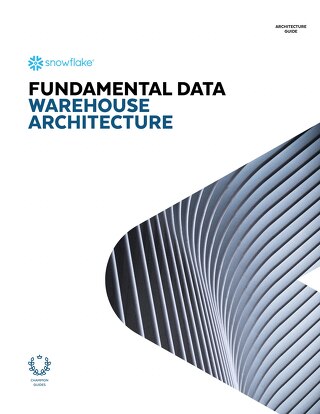 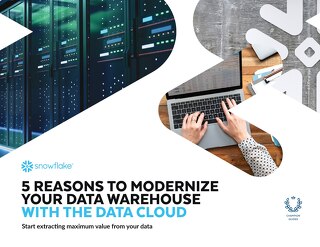 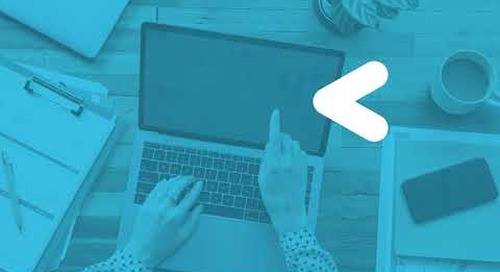 What makes Snowflake different? In one word, architecture. This 90-second video describes the three pillars of Snowflake’s unique architecture: the separation of storage, compute, and services. Availa 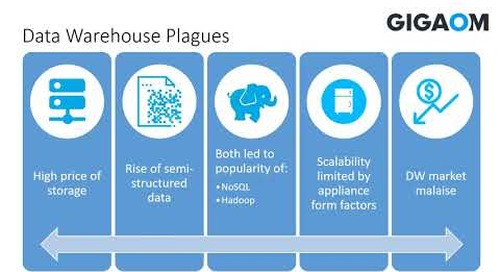 1:02:24
Gigaom Webinar: Why the Data Warehouse is Back (And Why it Never Really Went Away)

The rise in Enterprise data volumes and the increasing use of semi-structured data gave rise to Big Data and NoSQL platforms. But the conventional data warehousing model never went away. And with inn 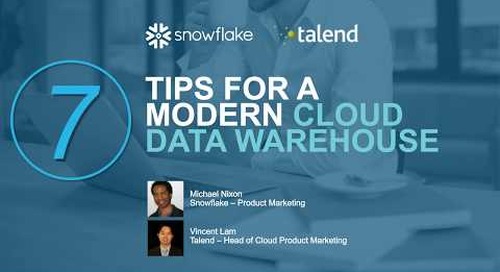 For modern, data-driven organizations, it is crucial to support a variety of analytics needs, including operational and reporting requirements, while enabling you to maximize the time you can devote t 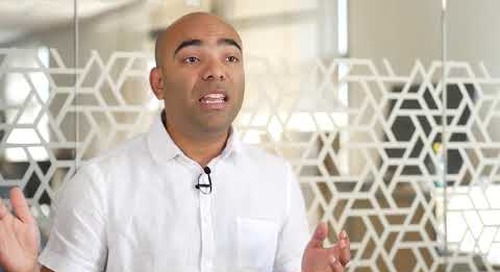 Metadata-driven cloud services is the brilliance behind Snowflake. Lead software engineer, Ashish Motivala explains why, including a special bonus. 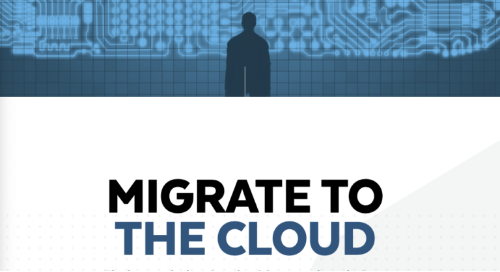 Migrate to the Cloud: The How and Why of Modernizing Your Data Platform

Learn how to successfully modernize your data warehouse by migrating to the cloud. There are many reasons organizations choose to embrace cloud computing. But it's important to start with a plan. 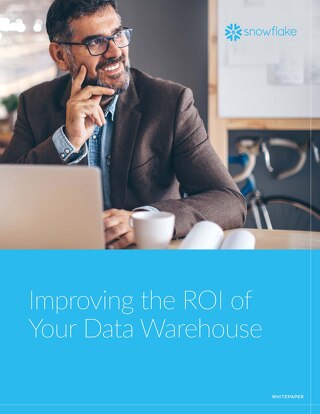 Improving the ROI of Your Data Warehouse

Snowflake delivers on the promise of expanded data access and insight, traditional architectures have to be discarded, and a new, flexible, affordable and scalable architecture has to be implemented. 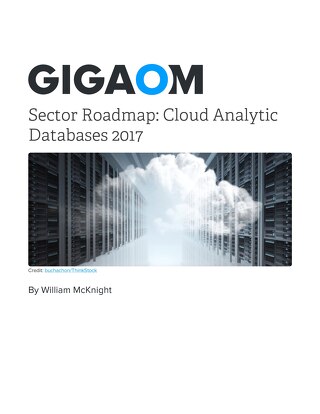 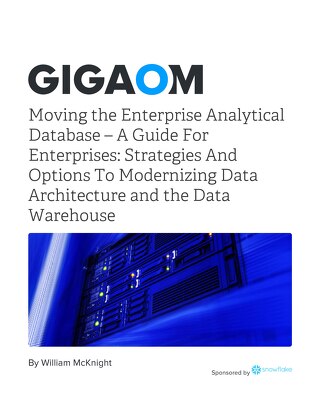 Moving the Enterprise Analytical Database – A Guide For Enterprises: Strategies And Options To Modernizing Data Architecture and the Data Wa

This paper will help an organization understand the value of modernizing its data architecture and how to frame a modernization effort that delivers analysis capabilities, diverse yet connected data, 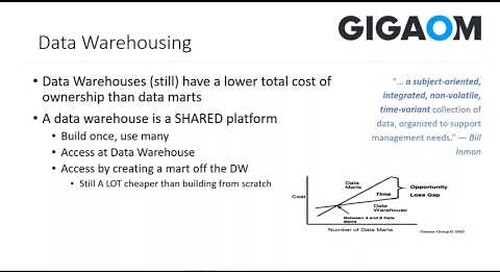 59:42
Webinar: Strategies and Options to Consider When Modernizing Data Architecture

This 1-hour Gigaom Research webinar will present the findings of a recently completed report on moving enterprise databases written by Gigaom analyst William McKnight, “A Guide for Enterprises: Strate 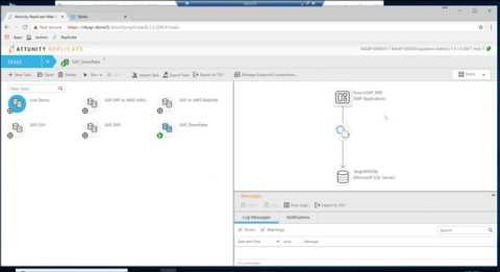 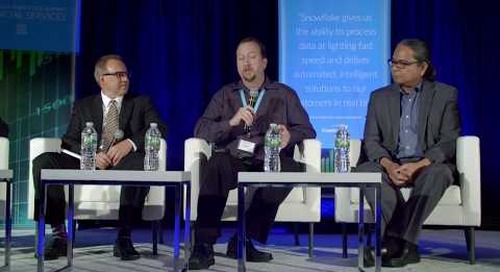 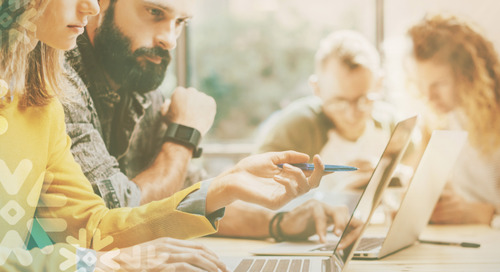 If you’re lucky, you’ll spend just six to 12 months considering and buying your next enterprise software solution. If it’s a seven-figure purchase, plan for an additional six to 12 months to... 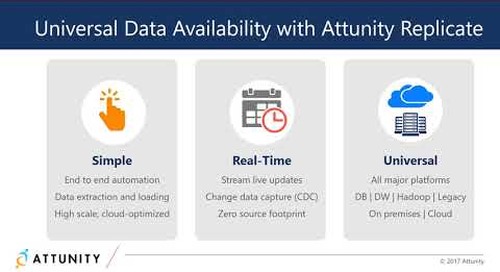 39:34
Webinar: Top Trends for Moving Your Data to the Data Warehouse in the Cloud

Hosted by Attunity, Snowflake, and Wikibon on-demand webinar explains what you need to know about why, where, and how companies are diving into data warehousing on the cloud.