The need for a robust and comprehensive threat detection program has never been greater. As the instances and severity of network intrusions and cyberattacks continue to grow, organizational leaders have taken note. According to the 2021 Board of Directors Survey by Gartner, 88% of corporate boards now consider cybersecurity a business risk, up from 58% in 2016. Threat detection is a proactive process used for detecting unauthorized access to network data and resources by both internal and external sources. Let’s explore how threat detection can mitigate the impact of attacks by detecting and neutralizing incursions early on and look at several best practices to implement. 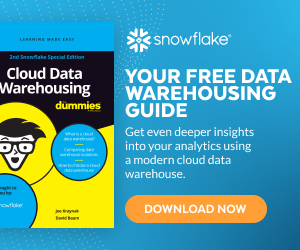 Cyber threat intelligence is the process of identifying, analyzing, and understanding threats that have targeted the organization in the past, are currently attempting to gain unauthorized access, and are likely to do so in the future. Analysts can use any threat intelligence from within their own organization, or from security groups that post online to apply to their own data. For example, if a breach happened to another organization, they can post those indicators of compromise (IOCs) online for anybody to use and potentially uncover similar patterns in their own security data. Similar to the way governments gather data on a foreign adversary’s attempts to breach their defenses, threat detection can help bolster defenses and neutralize ongoing security threats. Threat intelligence seeks to understand the following:

Analyzing the behavioral patterns of internal users can help threat hunters flag deviations that may indicate a user’s credentials have been compromised. This data could include things such as the types of information users access regularly, what times of day each user is typically active in the network, and where users are working from. For example, a top-level corporate executive who typically works regular business hours from a home office in Seattle is unlikely to log in to the corporate network at 2:30 a.m. in Brussels. By establishing a baseline for what normal behavior looks like, security analysts are better able to spot anomalies that require further scrutiny.

Like a bee to honey, some targets are just too sweet for bad actors to ignore. An intruder trap is a threat detection technique that acts like a sting operation, designed to lure hackers out of the shadows so cybersecurity teams can detect their presence. Teams set traps by creating faux targets such as areas that appear to contain network services or inadequately protected credentials that look like they could be used to access areas containing sensitive data. Once accessed, these intruder traps act as a tripwire, alerting security teams that someone is actively probing the system and intervention is needed.

Threat hunting is an overtly proactive approach to threat detection where security analysts actively look for impending threats or signs that intruders have already gained access to key systems. By searching the organization’s network, endpoints, and security technology, threat hunters seek to uncover intruders who have successfully evaded current cyberdefenses.

By bringing data together across an organization’s entire network, security event technology pulls events including authentication, network access, and logs from critical systems into one place. This simplifies tasks such as comparing this systemwide log data against potential issues using a threat database feed to more efficiently analyze event logs, and root out probable cyber threats. Security event technology enables security analysts to gain a complete view of all their endpoints, including firewalls, IDS/IPS devices and apps, servers, switches, OS logs, routers, and other applications.

Network threat technology monitors traffic within an organization’s network, in between other trusted networks, and on the internet to actively scan for suspicious activities that may indicate the presence of malicious activity. This technology reduces response time for threat detection and reaction, making it a critical tool for countering the increasing number of systemwide attacks by hackers.

Endpoint threat detection and response is an endpoint security solution that implements continuous monitoring and collection of endpoint data with rules-based automated response and analysis capabilities. This technology makes it possible to monitor and collect activity data in real time from endpoints such as user machines that could indicate the presence of a potential threat. Armed with this data, teams can quickly identify threat patterns, generate an automatic response that removes or contains threats, and notify security personnel for further intervention. Endpoint threat detection technology also provides behavioral or forensic information to aid in investigating identified threats.

Data lakes are a subset of a data warehouse, with the flexibility to support both unstructured and semi-structured data in native formats. A security data lake makes it possible to stream all of an organization’s reconnaissance data, eliminating the burdensome task of collecting logs. This technology removes the cost and scalability limitations of storing security data in the security information and management (SIEM) tool. A security data lake can allow security analysts to store many years’ worth of historical data, making it easy to determine if a flagged specific pattern is typical or an anomaly that warrants further investigation.

Snowflake is an ideal foundation for threat detection, enabling full visibility across your network. With Snowflake, your team can investigate the timeline of an incident across the full breadth of your high-volume log sources, including firewalls, servers, network traffic, AWS, Azure, GCP, and SaaS applications. Stream data from all logs to your security data lake, and search against all of your data in a Snowflake Connected Application that acts as your SIEM or XDR. Save on license fees and operational overhead while meeting compliance requirements. Snowflake’s network of cybersecurity partners provides specific tools for threat detection, threat hunting, anomaly detection, threat intelligence, vulnerability management, and compliance services on top of your security data lake. As a result, you can improve your cybersecurity posture across your organization and ensure confident and consistent responses to security incidents.

See Snowflake’s capabilities for yourself. To give it a test drive, sign up for a free trial.