When we launched Snowflake back in 2014, I remember how exciting it was to see signs that we were coming into the market at the right time. For example, a 2014 study by Northbridge Partners and technology research company Gigaom confirmed that cloud and SaaS was rapidly becoming strategically important for not only IT but also for the entire enterprise. The study indicated that SaaS adoption among enterprises had grown 500% — from 11% to 74% in the preceding four years. Very much related, PaaS adoption increased six-fold to 41% of the 72 organizations surveyed while IaaS was being utilized by 56% of the companies.

The history of public cloud goes back at least a decade, but what the study showed, backed up by our own experiences, was that cloud adoption had reached a tipping point, rapidly turning from a place for experimentation and side projects to a viable choice for projects increasingly core to the business, including mission-critical parts of the business.

At the same time, in 2014 data analytics and “big data” were also on a rapid rise in strategic importance. The synergies between these two trends were becoming increasingly clear. For example, the same study found that the greater the rate of cloud adoption within the organization, the greater the volume of data that needed to be managed, with personal, cloud-carried data alone forecasted to grow from 1.7 exabytes in 2012 to 20 exabytes by 2017 – by over 1000%.

“If you get your head out of the sand and into the clouds you’ll see the explosion of cloud-created data. It’s not just big data, it’s exhaustive data as everything from clickstreams to commerce and personal cloud lockers create exabytes of data.”
Michael Skok, General Partner at North Bridge Venture partners in 2014

Fast forward to today, and the trends are only accelerating. The most recent 2015 Northbridge Future of Cloud Computing survey (done in partnership with research firm Wikibon) reveals an even faster rate of cloud adoption and data proliferation. In fact, Northbridge calls it the “Era of Cloud Practicality” in which businesses are no longer debating whether to be in the cloud, but how pervasively they will use it.

“…We’re also seeing the emergence of the cloud as the only way businesses can truly get more out of their data including analyzing and executing on it real-time. This will be a huge opportunity, but as the survey showed, because data rarely moves between clouds (Public/Private) companies must first learn how to interconnect disparate data sources into new applications.”
Jim Moran, General Partner at North Bridge

For a more fine-tuned deep dive into cloud business rationale and what companies who are already well immersed in the cloud are doing, Bessemer Venture Partner’s 2015 “The State of the Cloud” report, based on interview with 100 top cloud CEO’s, provides interesting insight and a future view to where cloud is going. Most significant in the BVP cloud report is that SaaS now makes up 30% of public company application spend (as opposed to spend on on-premises applications), with that figure growing at a 17.6% CAGR. In contrast, on-prem applications are falling at a 2.8% CAGR. It’s clearly not just experimental usage–tier one or “entry” SaaS applications such as CRM are now past the 50% mark in terms of applications used. What’s more, an astounding 28 private cloud providers are now unicorns – companies exceeding $1 billion in revenue. Clearly SaaS is no longer for just non-core functions.

And there are other positive cloud growth indicators, at this year’s RSA Conference on security, program content and the discussions by CISOs and CEOs alike focused not on “what-ifs” but on “how to” best secure cloud operations as today’s reality. In fact, today’s security solutions themselves are moving to the cloud, based on the fact that the enterprise security function needs to “Connect to Protect” – to be as flexible, scalable and agile as the rest of the organization’s cloud-enabled IT infrastructure.

Enter Snowflake. With 75% of corporate data living in public or private clouds, it simply no longer makes sense for enterprises to try to build and manage the infrastructure needed to turn that data into insights. And yet the new requirements for making use of data—diverse data support, on-demand elasticity, fast results at scale—mean that traditional database technology simply deployed in the cloud isn’t the answer. That was what led us to build a completely new solution, one designed for these key shifts in the market.

While Snowflake has many more milestones ahead of us, the interest and adoption we’ve seen since launching our product make it clear that we’ve built a needed product at a particularly opportune time–-when market demand for cloud solutions is growing exponentially but adoption of the cloud for core data analytics is just gaining steam. That means that there will be lots of disruption and innovation to come. We’re looking forward to it. 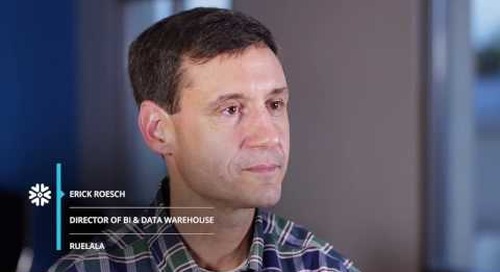 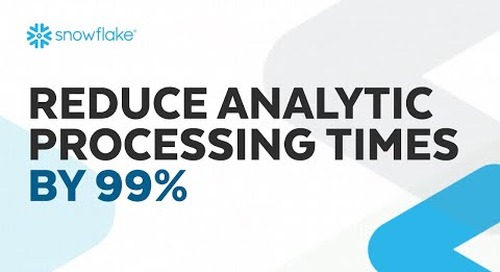 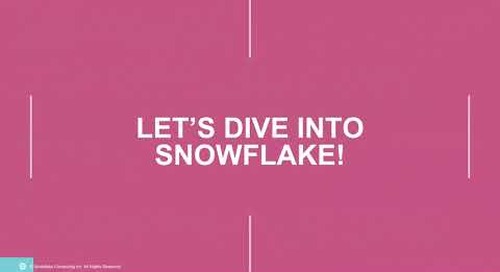 31:15
Webinar: Tableau & Snowflake: A match made in data heaven

Snowflake and Tableau are leading technologies that address the twin challenges of harnessing the ever-increasing volumes of varying data, and we at InterWorks are thrilled to be partnered with both. 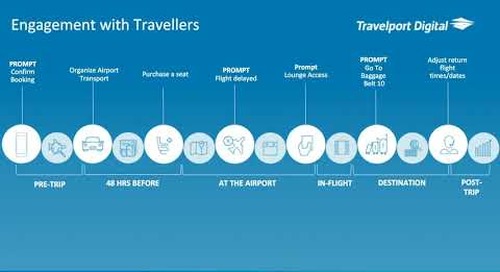 Check out this webinar to hear Travelport Digital, a leading mobile technology provider, discuss the decision to embark on an embedded analytics project and the ROI they’ve seen from providing custome 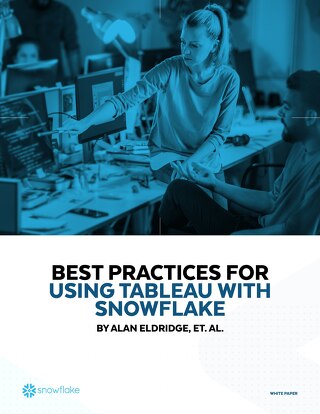 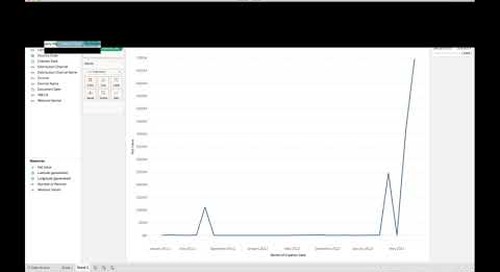 0:00
Webinar: Unlock your SAP Data on the Snowflake Data Warehouse with Attunity and InterWorks

The world’s largest enterprises run their infrastructure on Oracle, DB2, SQL and their critical business operations on SAP applications. Organisations need this data to be available in real-time to co 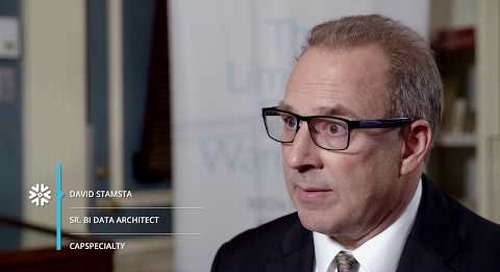 David Stamsta, Sr. BI Data Architect of CapSpecialty, an insurance provider for small and mid-sized businesses across the U.S., discusses how moving from 28 hours to run reports on their legacy enviro 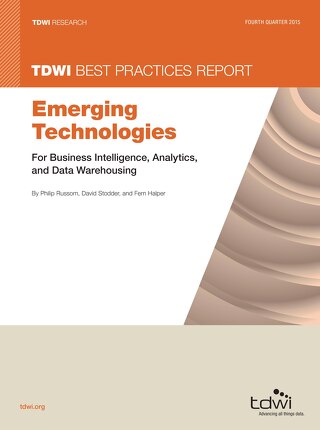 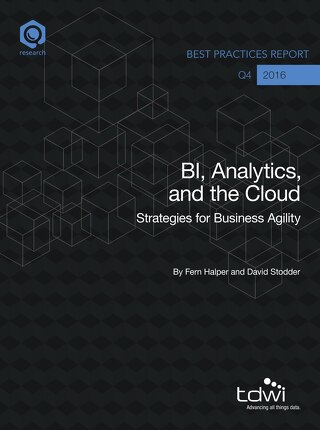 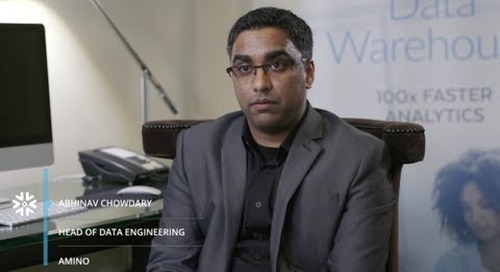 2:43
Amino: Reducing Report Wait Time from a Week to an Hour

Abhinav Chowdary , Head of Data Engineering at Amino explains, how the health tech startup with a healthcare database of 220 million patients, benefits from Snowflake's multi-cluster architecture and 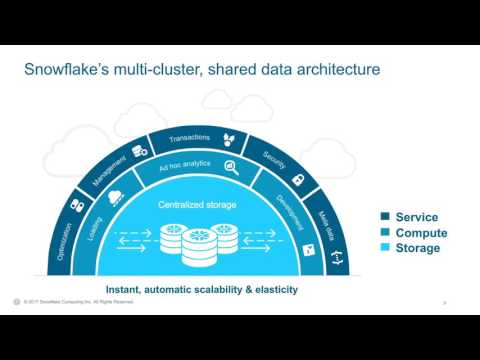 55:39
Webinar: OutSystems: How to Simplify for Performance

OutSystems—the leading low-code development platform—understands all about removing roadblocks to improve their own product. What they didn’t understand was how to eliminate the struggles they were ha 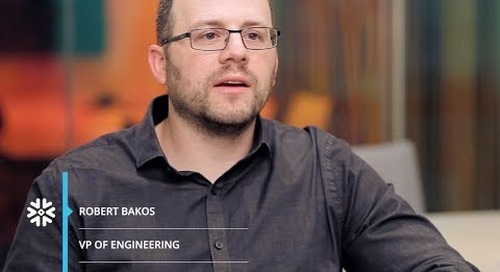 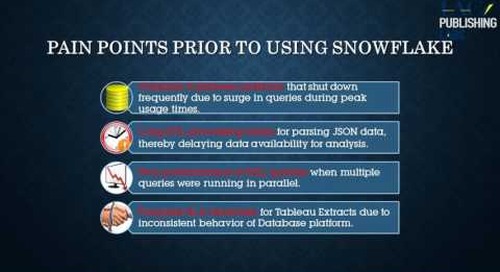 1:01:29
Using the Cloud For Speed-of-Thought Analytics on All Your Data

1.5 TB of data per day? No problem! Learn how Ask.com turned to Snowflake’s cloud-native data warehouse combined with Tableau’s data visualization solution to address their challenges. Ask.com and it 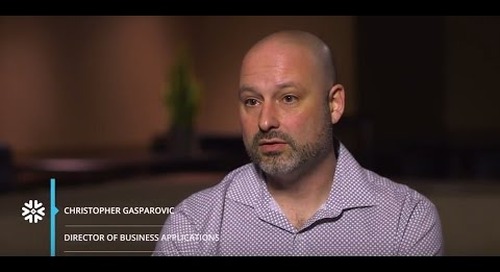 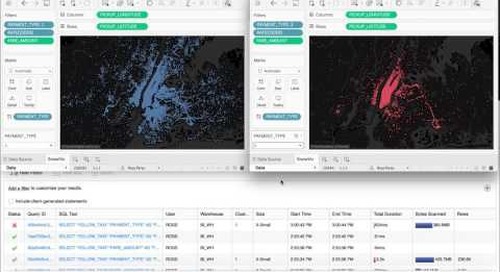 BI or Business Intelligence is one of the most important use cases for any data warehouse. Unfortunately, the large number of users modern organizations must support with their BI tools can often over 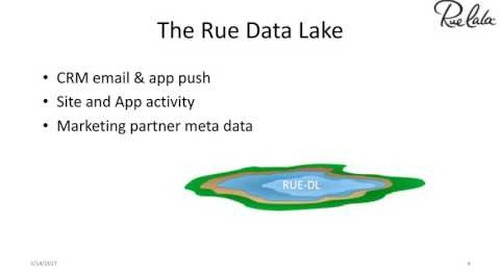 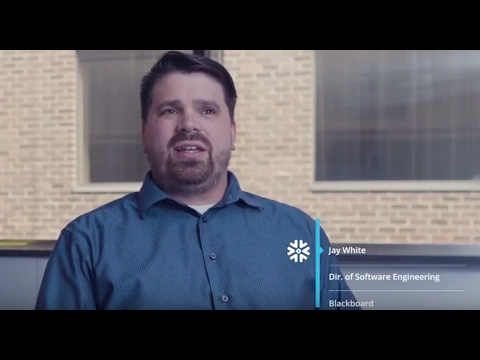 Jay White, Director of Software Engineering and Mike Sharkey, VP of Analytics at Blackboard, a leading educational technology company explain how they accelerated performance 16x with Snowflake by sca 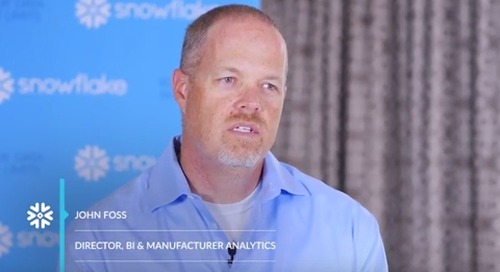 2:46
PDX: Reducing ETL from weeks to minutes with Snowflake 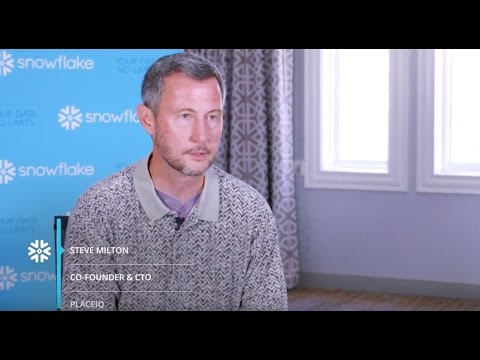 Watch Steve Milton, Co-founder and CTO of Place IQ explain how the leading location data analytics company with 300 billion location transactions per month benefits from elastic scaling with the Snowf 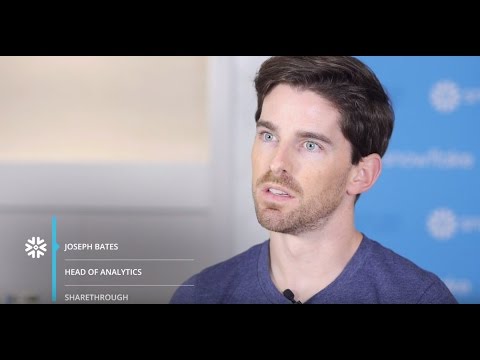 2:00
Sharethrough: Reducing Query Times from Hours to Seconds with Snowflake